The complete list of issues fixed in this release can be found at: https://helpx.adobe.com/indesign/kb/fixed-issues.html

The 14.0.3 update fixes the problem introduced by the previous InDesign update, 14.0.2, where bringing up IDImposer’s “Registration” or “About” dialog caused Mac InDesign to become ‘unresponsive’. See the previous post .

This problem with 14.0.2 release affected only InDesign for the Mac, but 14.0.3 also fixes many other InDesign issues, on both Mac and Windows.

And as long as you’re updating your InDesign, why not update your IDImposer, too? 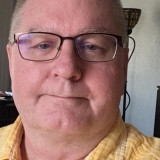 This site uses Akismet to reduce spam. Learn how your comment data is processed.

The Site Map is here.